Wedged between the Himalayas and the tropical plains of India, Nepal is a land of intoxicating natural beauty and spirituality; this is a country with a wealth of experiences to offer! From hiking in the most iconic mountain region in the world, with rugged trails to Everest and the Annapurnas, to strolling through the medieval squares of Kathmandu or spotting tigers and Indian elephants in the southern National parks. Even after the events of the devastating earthquake in 2015, Nepal remains the cultural powerhouse of the Himalayan region. And rightly so! Many people have spent a life time exploring the mountains and the atmospheric towns, and still keep coming back for more. Seek out an adventure here, and it will most certainly not be your last. 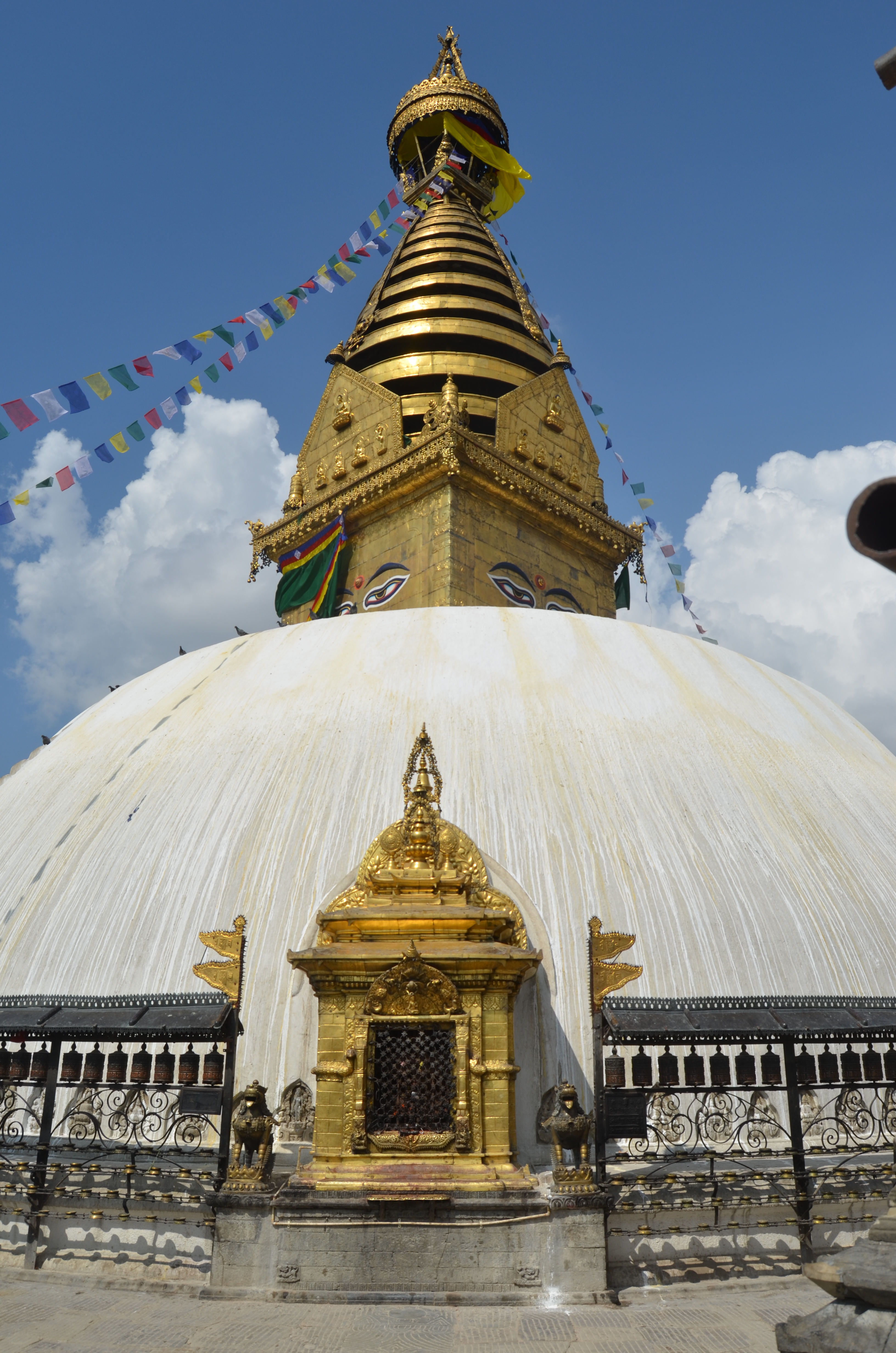 Nepal is a country of mountains (75% of the country is covered by mountains) and  is home to eight of the worlds ten highest, including Mount Lhotse (8,516 m), Mount Kanchenjunga (8,586 m) and of course the colossal Mount Everest (8,848 m). However, although this collection of mountains dominate the landscape, Nepal has four identifiable, physical regions; Tarai is low, flat, and fertile, situated adjacent to neighbouring India and the forested China foothills Then there is the mid-mountain region between Mahabharat Range and the Great Himalayas, and then there is the famous Himalayas themselves. Due to this fluctuating topography, there is a varied climate across the country, from sub-tropical monsoon conditions, to cool and alpine climates in the mountain regions.

In total, the country covers an area of over 147,000 square kilometres, (roughly the same size of England and Wales combined).

The earthquake which stuck the Kathmandu region in Nepal in the year of 2015 had severe consequences for this developing country. The main earthquake occurred on April the 25th and had devastating effect, killing an estimated 9,000 people, injuring 16,000 and displacing up to 2.8 million, within the country itself and the surrounding areas. The earthquake of 7.8 magnitude on the Richter scale, and the two large aftershocks swiftly following it, caused over 600,000 structures in Kathmandu and other nearby towns to be damaged or destroyed, as well as landslides which devastated rural villages. The Himalayan region is one of the most seismically active in the world, but an earthquake had not struck this region since 1988. The initial damage of the earthquake was worth in between $5-$10 billion, which for the 18th poorest country in the world is still having overwhelming effect on the struggling economy.

To support the re-build effort within one of the most severely affected regions, Discover Adventure is actively engaged with Support Rural Nepal, a re-build project based in the Nuwakot region - you can find out more about this here.

Although Nepal has ancient roots, the modern day state of Nepal as we know it today was only formed in the 18th century. Strategically placed between the modern day giants of China and India, Nepal has prospered from its location as a resting place for traders, travellers and pilgrims. Nepal is the epitome of a cultural mixing pot and yet it retains a truly unique character.

It is widely understood that the first known rulers of the Kathmandu Valley were the Hindu Kiratis, occupying the area from the 7th/8th century BC. In the 13th century, the Nepal that we know today consisted of up to 50 states, and only became unified in 1796 by ruler Prithvi Narayan Shah. During this period, as Nepal’s boundaries shifted, it collided with the British Raj, leading to the first Anglo-Nepali war which was won by the British after two years of fighting. The British were so impressed by their enemies that they incorporated Gurkha mercenaries into their own army, fighting in both WWI and WWII, receiving a total of 13 Victoria crosses (the highest military honour).

Nepal remained closed to the outside world from 1816-1950, and much of what happened during this period within the country remains unknown.Corruption and poverty throughout the 80s took its toll and after protests in 1990 calling for democracy, a new constitution was formed guaranteeing freedom of speech, human rights and a constitutional monarchy, which consults the prime minister and cabinet. In May 1991 Nepal’s first free elections were held in thirty years. Nepal’s subsequent stable period was marred in summer 2001 by the tragic shooting of the Royal Family. While this inevitably impacted politically, and parts of Nepal have seen a resurgence of Maoist rebel activity, tourism has been largely unaffected and Nepal remains a very stable country to tourists and trekkers, with the tourist industy as infact one its most valuable.

Expect a great deal of lentils, rice, curried vegetables and meat (chicken, pork and goat.) Daal bhaat (lentil stew with rice and curried vegetables, eaten with the right hand) is common. Meat is a luxury to most Nepalese so it’s easy being vegetarian. Beef is unlikely due to the Hindu reverence for cows, but you will see buffalo (buffsteak) on menus. Sherpa regions serve Sherpa stew. Newari cuisine is spicier and traditionally uses buffalo and radish in most dishes. Tibetan dishes are popular, especially momo and kothe, pasta shells filled with meat or vegetables and steamed or fried.

Street vendors sell snacks such as peanuts, chopped fruit, roti (bread), samosas, and fruit such as bananas, mangoes and oranges. Tea is the national drink, served with milk and lots of sugar; coffee is available. Bottled water, juices and fizzy drinks are widespread, as is the Indian-style lassi, a blend of yoghurt, fruit and sugar. Local and imported beers are popular. Raksi is also widely available, which is a home-distilled, rather potent alcohol similar to tequila.

Officially 90% of the population is Hindu, though this is often suffused with Buddhism; shamanism is prevalent among the many ethnic groups in the hills. There is a great tolerance to other religions and Christians and Muslims live in the cities. Buddha was born in Lumbini in the Terai in 500 or 600 BC, and there are also followers of Tibetan Buddhism, a slightly different school of philosophy. Religion is a way of life in Nepal and it is greatly beneficial to have some understanding of Hinduism and Buddhism in order to understand the Nepalese way of life. 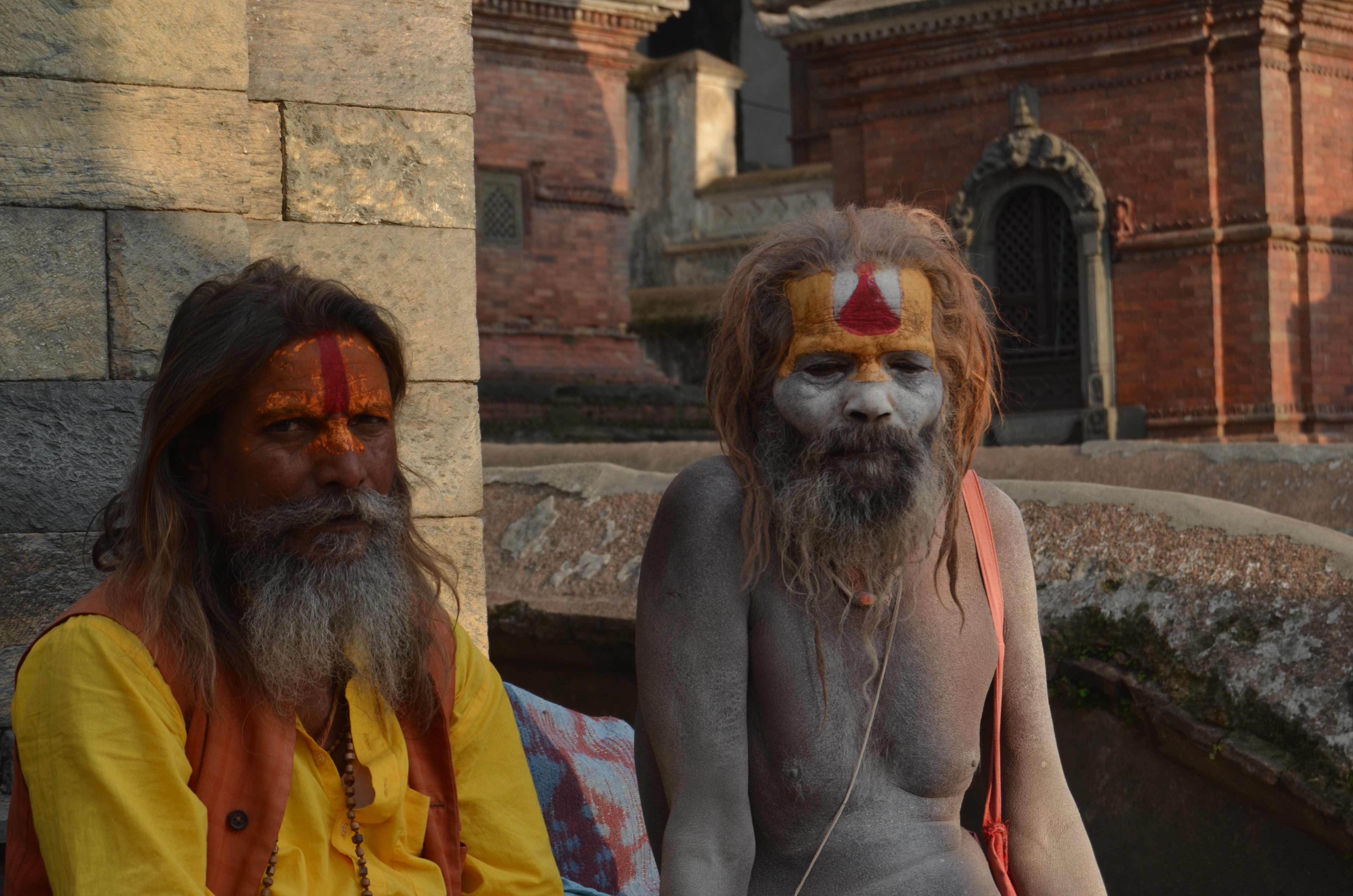 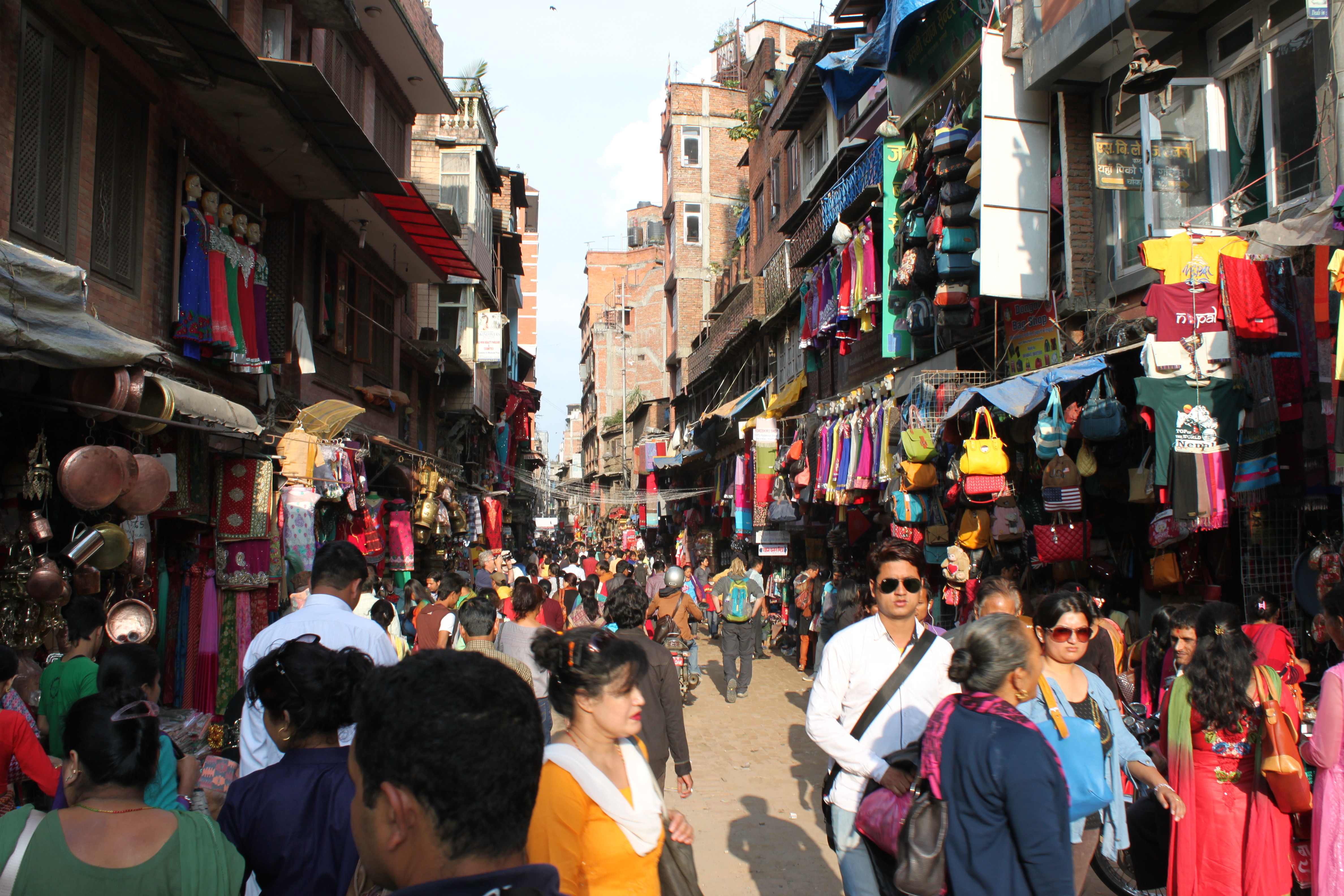 Nepal’s rainy season, or monsoon, is from mid-June to September, though there may still be intermittent rain in early October – and that doesn’t mean it doesn’t rain at other times! Weather in spring and autumn is clear, dry and sunny; nights are cool to cold depending on how high you are. The snow line is usually above 4000m. Temperatures in Pokhara and Kathmandu are similar but in the mountains altitude is an important factor. The figures below show min and max average temperatures and average days of rain for Kathmandu:

Petty theft is relatively uncommon in Nepal, which is one of the safest countries in Asia, but there are opportunists waiting for careless tourists. Use your common sense: wear a concealed moneybelt containing your passport, flight ticket and cash, and do not flash any valuables, including your watch and camera. Leave your valuables behind; you don’t need your best jewellery and gadgets on this trip. Be careful at night and avoid walking or getting into taxis alone. Crowded areas such as airports, bus stations and markets attract pick-pockets and bag-slashers, so be vigilant for both yourself and your companions.

Take a look at our top picks!

Want to read more? Check out some of these informative websites 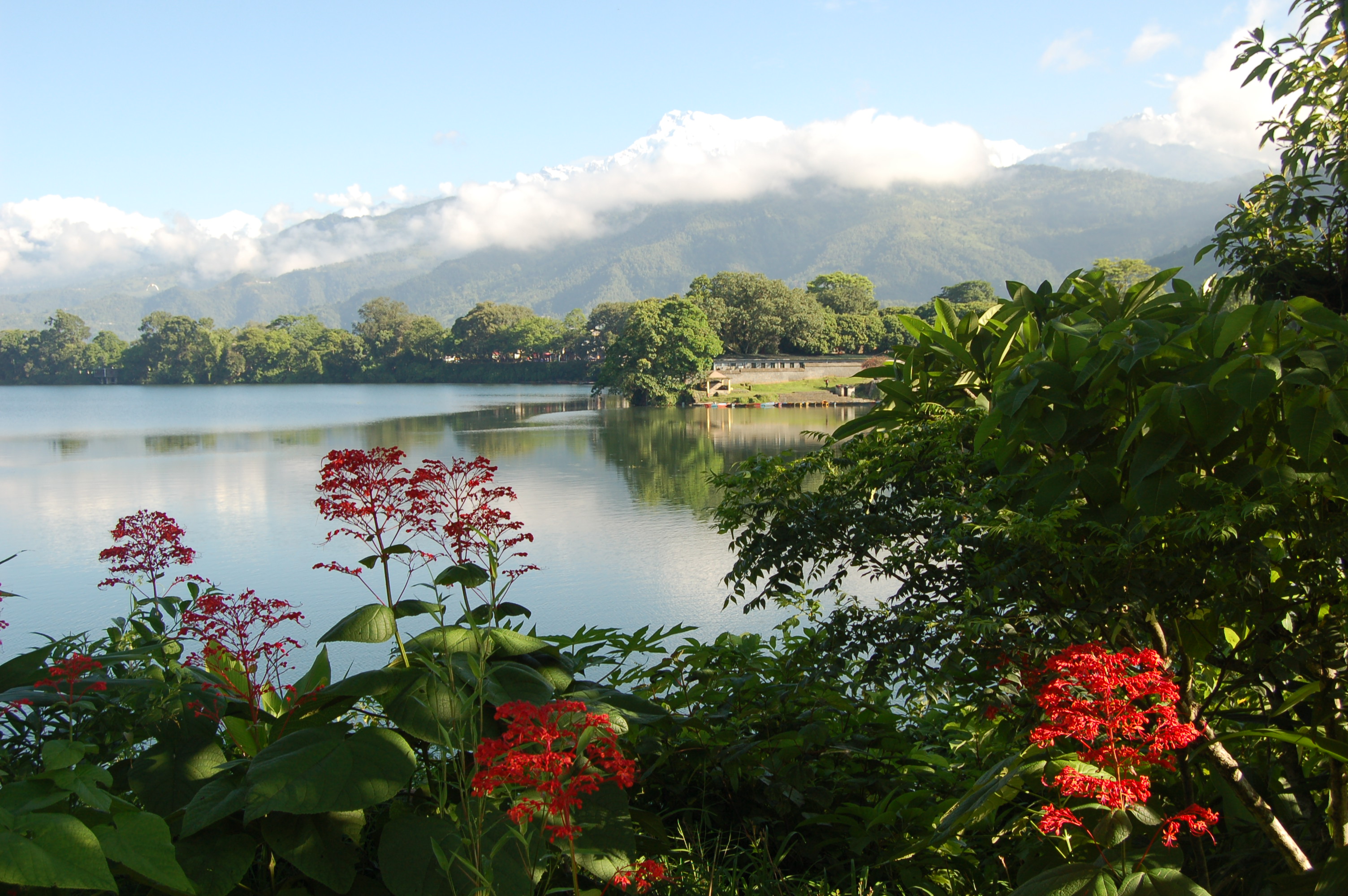 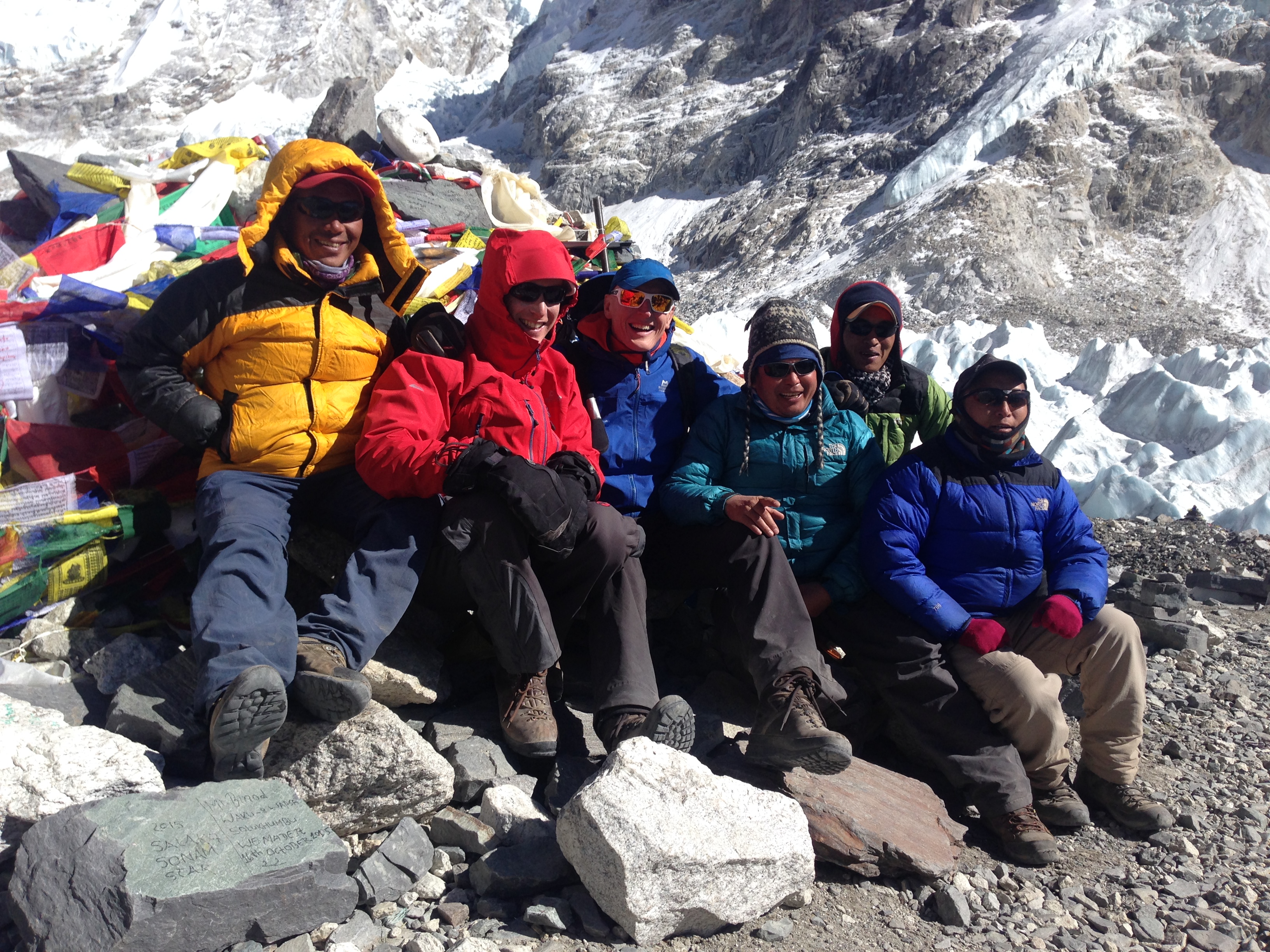 Group wrapped up in coats and perched on snowy rocks

If you want to experience the joys of Nepal yourself, check out our related challenges taking place in this amazing country!

Our Everest Base Camp trek will take you to some of the world’s most awesome scenery, and will have you gasping, in more ways than one! Situated in the beautiful Himalayan Mountains, this trek is full of breath-taking beauty; pass through steep valleys, dense forests and across glacial rivers, and of course catch a glimpse of the mighty Everest, the highest mountain on earth before reaching Base Camp. This trek also has time built in to summit Kalapatar, the famous Everest viewpoint, before descending.

This magnificent trek, with the ultimate combination of spectacular scenery and fascinating culture, takes us to the magnificent Langtang region of the Himalayas, open again for trekking after 2015’s devastating earthquake.

We trek through the wooded gorges, yak pastures and rocky ridges of the Langtang valley, with its friendly Tibetan-style culture and awe-inspiring mountain views. We stay in teahouses in small villages en-route, allowing a wonderful insight to the daily lives of the local people.

Our trek culminates in historic Nuwakot village, in one of the districts that suffered most from the earthquake. Discover Adventure actively supports the re-building project here; we end our trip getting involved in the practical work, a rewarding way to give something back to this magnificent country.

The Earthquake of April 2015 had a catastrophic impact on the Kathmandu region of Nepal, and no more so than the Nuwakot district, which had almost 1000 fatalities and 1311 people injured. It has been estimated that 50% of the total population in the district were severely affected, with 3000 homes left uninhabitable and a further 1500 extremely damaged.

Discover Adventure has been organising trek in Nepal for over 15 years, which has resulted in the development of close friendships and colleagues, which is why we, and may of our past participants, have felt the overwhelming need to support this crisis. We are working with The Support Rural Nepal (SRN) project which is helping to rebuild this community with sustainable and long-term resettlement.

Read more to find out about the work we are doing, and how you can get involved. 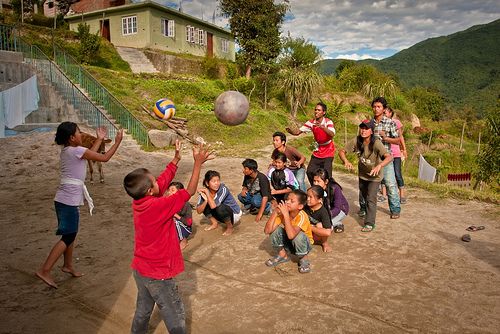 A group of children playing a ball game