“TAKE ONLY PHOTOS, LEAVE ONLY FOOTPRINTS”

Discover Adventure have always been passionate about our planet; understanding the importance of exploring countries and educating people through the medium of adventure, as well as reinforcing the need to protect the land that we discover. We understand that encouraging others to experience the world involves flights, ferries and other sources of pollution and that’s why we are upping the stakes. We’ll be launching our sustainability mission very soon, which will include exciting ways in which we are combating our carbon footprint, as well as adopting more planet-friendly ways to live the adventure.

Since DA first began we have consistently considered local operators in the communities we visit to ensure we are contributing to local economies. We’ve fought to limit single-use plastic on trips around the globe, including partnering with Water-to-Go to get our participants a 15% discount on their travel water bottle. We’ve long donated to a range of causes, which have aided projects that benefit the locations we visit around the world. Looking after our planet is, and will always be, at the forefront of our travel plans, and as the importance of sustainability is more urgent than ever before, it is our mission to do everything we can to protect our planet. And we’re bringing you along for the ride. Watch this space!

Jonathan, Discover Adventure MD, says, ‘we are really thrilled to be working on so many forward-thinking projects to help enhance the sustainability of our challenges, changing the way we encourage people to travel with us and helping the people and land we come into contact with around the world. Even on a smaller scale, seeing what can be achieved right here in the UK at DA HQ. Responsible travel is central to DA’s identity and the team and business’ core beliefs, so we will not only continue, but work harder to reach new levels of sustainability. Now, more than ever, it is vital for the travel industry to do their bit in the fight for our planet and Discover Adventure are absolutely going to be a part of this.’

“TAKE ONLY PHOTOS, LEAVE ONLY FOOTPRINTS”

We really believe that. We care and we know you do too but we know we aren’t perfect, and we imagine that you might not be either. But whether we’re thousands of miles apart or living next door, we together share this blue and green planet and we want to make sure that what we do whilst we are living on it, benefits future generations of all species for years to come - human, animal, plant or otherwise!

SINCE 2007, THE VILCANOTA PROJECT HAS SUCCEEDED IN PLANTING OVER 500,000 TREES IN THE CUZCO AREA OF PERU.

Discover Adventure has supported this project to re-plant trees in the Polylepis forests of the Vilcanota mountain range in Peru since 2010.

The project is a collaborative effort involving 21 rural communities in the Lares watershed, near Cuzco, Peru. It was pioneered by Paul Cripps of Amazonas Explorer together with NGO ECOAN and organisation One Percent for the Planet, and it is a project we have passionately supported for many years through our own donations and that of many of our challengers.

These forests are home to a wide biodiversity of endemic species including the Royal Cinclodes, a critically endangered bird as well as the endangered White Browed Tit-Spinetail and Ash Breasted Tit-Tyrant. As well as carefully preserving the home of these birds, the forests are also critical to providing erosion control, provide essential microhabitats for a plethora of species and help to balance the oxygen and carbon dioxide in the atmosphere.

The trees planted are native Queuna trees, which thrive in habitats close to the snow-capped peaks of the Andes, between altitudes of 3500m and 5000m. Planting takes place whatever the weather, rain, snow or sunshine and it is very humbling to see the local people persevering with this essential work to revive these diminished forests.

The re-planting project has enabled over 500,000 trees to be planted since it began in 2007 and Discover Adventure, on behalf of all those who have donated through us, is proud to have helped plant over 67,000 of those trees.

The project also introduced to us the possibility of buying fuel efficient, ecological clay stoves for the communities of Rumira Sodormayo and Patacancha. These stoves further support the drive towards sustainability in the region and the goals of the tree planting project, by reducing the need for firewood and the amount of woodsmoke the locals inhale.  Discover Adventure are proud to have enabled 67 stoves to be purchased for the families of these communities. 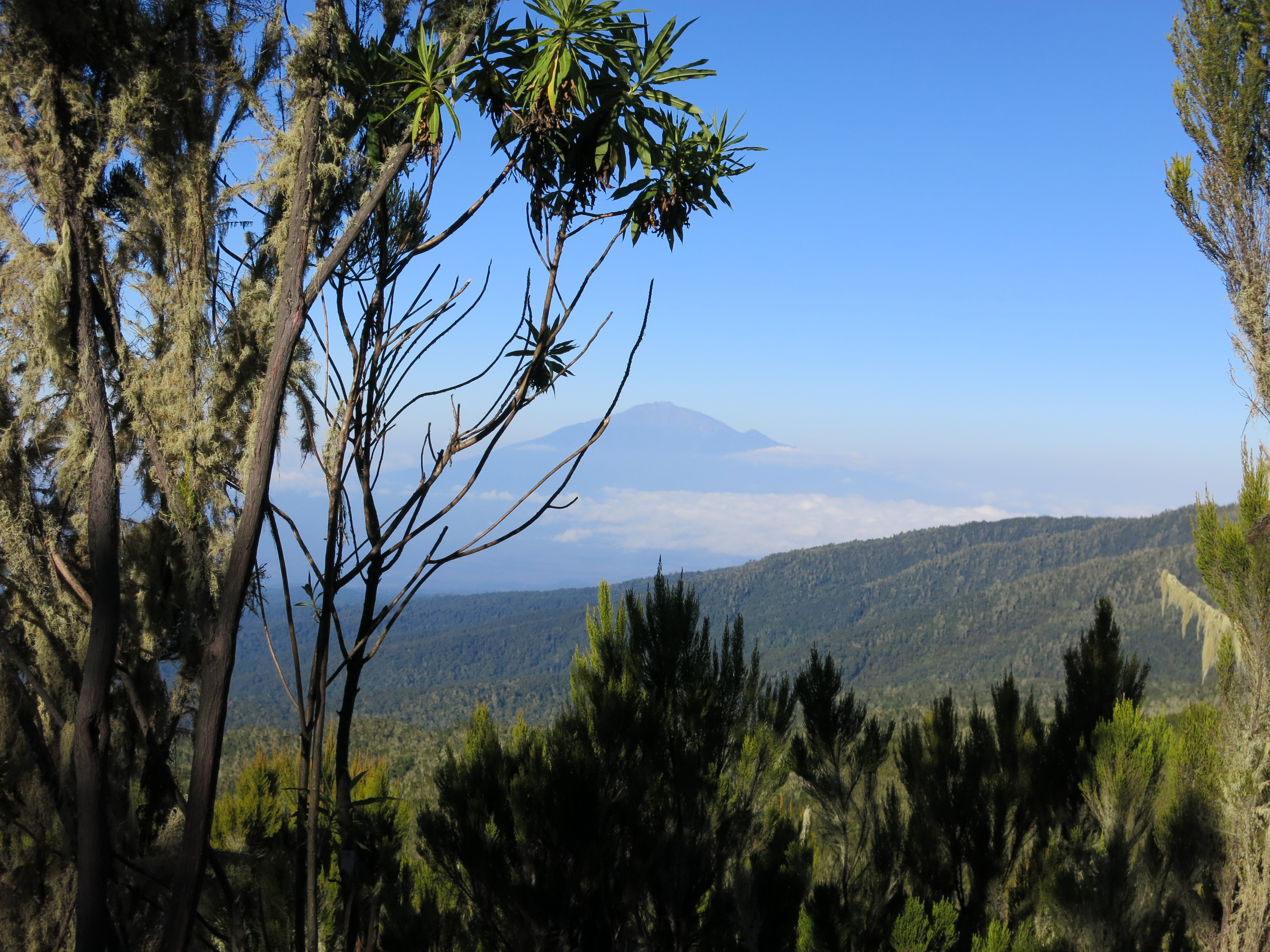 Meet the incredible porters and guides on your own trip to Kilimanjaro.
Learn More

our presence in kilimanjaro

Discover Adventure funds a place each year for a budding mountain guide, in Tanzania, to receive a recognised qualification in Tour Guiding and Wildlife Management from the Udzungwa Mountain College Trust.  This education centre is supported by local tour companies, and actively promotes eco-tourism and conservation. With your help though, we'd like to provide training for many more young guides to gain this qualification each year!

A Tour Guiding and Wildlife Management qualification enables budding guides to gain good, regular employment and help them contribute actively to sustainable tourism within their country.

Not only do we contribute to the local economy, but we also work to ensure we limit our impact on this beautiful mountain. As well as respecting the plastic bag ban that has been put in place in Tanzania, we ensure that our camps are kept clean and encourage trekkers to take all waste with them. Reiterating the importance of leaving no waste on the mountain, we instruct participants to responsibly dispose of their rubbish when they have returned to their accommodation.

On 25th April 2015 a catastrophic earthquake hit Nepal, causing devastation from Kathmandu to remote and isolated villages in the mountains. The devastation in the Nuwakot district was one of the worst areas affected, with almost 1000 fatalities and 1311 injured. In addition, it is estimated that 50% of the total population of the district was severely affected with 3000 homes made uninhabitable and a further 1500 severely damaged.

The Support Rural Nepal (SRN) project aims to help in rebuilding this community with sustainable and long-term resettlement. Approximately 430 houses have been designed using environmental and cost effective methods to safeguard from future quakes while providing potential to generate income for the inhabitants through home-stays and promotion of eco-tourism.

WHY THIS IS IMPORTANT TO US

Discover Adventure has been trekking in Nepal for over 15 years, bringing sustainable tourism to the region by working with local guides and staying in teahouses and homestays where possible. We began operating challenges in Nepal in 2001, with the launch of our iconic Everest Base Camp trek and by 2006, we were developing routes into the Annapurna’s.

Over this time we have developed many close friendships with our Nepalese colleagues - those whom we work with to operate our challenges, who help guide us through the trek and host us in their homes en-route.  This is why we and a great many of our previous participants were so moved to support the re-build effort following the 2015 earthquake.

In the immediate aftermath of the earthquake, Discover Adventure made a donation with each booking made on our challenges in Nepal, to the Support Rural Nepal project and sent out tents to the severely affected Langtang region. Together with the generous donations from our participants, we have been able to send over £5000 to the project to aid the re-building of the region.