An introduction to Tanzania

Tanzania is a land of wilderness and raw beauty: from dusty golden plains to the snowy peaks of Kilimanjaro and Meru and the exotic palm-fringed beaches of Zanzibar, this is truly a country that has it all! Arguably the best safari destination on the continent, Tanzania boasts 15 national parks and numerous game reserves, the Serengeti being the most revered. A nearby visit to the steep walls of Ngorongoro Crater will take you to the world’s most densely concentrated population of African mammals and of course, it is home to the world's highest freestanding mountain, Mount Kilimanjaro - aptly known as the roof of Africa.

There are over 120 different ethnic groups recognised in the country, yet Tanzania has seen little of the ethnic or religious based conflict that has afflicted other nations. This is in fact an inherently peaceful land which embraces its multiculturalism. All the adventure you could want and in a welcoming package!

The Geography & History of Tanzania

The bright blue ocean of Zanzibar

Covering an area of over 342,000 square miles Tanzania is one of the most naturally unique countries in the world. From standing at Uhuru Peak, the summit of Mount Kilimanjaro, an inactive volcano standing at 5895 metres, to descending through 5 distinct climate zones - from arctic, to moorland and desert to rainforest.

In the central and western regions of the country are the plains, including famous the Serengeti National Park, home to white bearded wildebeest and the big five; lion’s, leopards, elephants, rhinos and buffalos. Further North is Lake Victoria, situated on the Kenya-Uganda-Tanzania border, the largest lake in Africa and the source of the mighty River Nile. In the west of the country separating Tanzania from the Democratic Republic of Congo is a second lake, Lake Tanganyika, the second oldest and second deepest lake in the world after Baikal in Siberia. This is a country of extremes!

In 1978 Mary Leaky, a British paleoanthropologist, discovered what she believed to be 3.6 million-year-old footprints near Olduvai Gorge in Northern Tanzania. These footprints had been preserved by a blanket of volcanic ash, and are now understood to be the steps of our earliest known ancestors, hominids known as Australopithecines. These are the oldest of their kind on earth. Like many African nations, Tanzania has a colonial past beginning in 1885 with a young German called Carl Peters, who, without government endorsement, set up a company for German Colonization. In 1886 East Africa was sliced and distributed between the British and Germans, later formalised in 1890. Following World War I, the British took over the administration of the territory until a group of young African men formed the Tanganyika African National Union, with their primary objective being national liberation. Following this push from this group, and accumulation of other socio-political factors Tanzania received its independence in 1963.

This independence was embraced, but the British had made no effort to prepare the country for statehood; the national treasury was depleted, the economy was weak and underdeveloped, and there was no industry. In 1961 there were only 120 African university graduates, including two lawyers, two engineers and twelve doctors. Due to the weak economy, during the 1970s and 1980s Tanzania became the largest recipient of foreign aid in sub-Saharan Africa, only leading to further weakening of the economy and added issues surrounding corruption and money laundering. Following this, the World Bank International Monetary Fund called for drastic economic reforms.

In Tanzania Christians, Muslims and people who practice traditional beliefs each make up about a third of the population. Islam began to be practiced as twelfth century Arab traders set up post along the coast, and it is within these regions that the religion is particularly widespread. However, long before the influence of Islam or Christianity, indigenous belief systems shaped the cosmology of each ethnic group, and still remain influential today, often being practiced alongside the major religons.

The main tribe around Kilimanjaro are the Chagga. They have their own dialect but also speak Swahili; their English is often sparse. Guides are usually conversant in English, German and French. To become a guide one must work through the ranks from porter to cook to assistant guide, then guide. All men on Kilimanjaro have small plots of land they work to feed their families - portering is extra work, which they do to supplement their incomes. Today Discover Adventure helps to fund guides to gain an official mountain leader qualification and this is something participants can donate to - find out more here.

The semi-nomadic Masai live around Arusha and the Rift Valley. They speak Swahili and English as well as their own language. One of Africa’s most well-known tribes, they dress distinctively in layers of colourful cloth – most commonly red and blue – and wear intricate bead necklaces and wooden bracelets. Their customs are very traditional and they have resisted governmental encouragement to change their way of life. Cattle and children are very important to this patriarchal society; having plenty of both is to be considered rich.

There are over 120 different languages recognised in Tanzania, most originating from Bantu family. Following independence, the new government recognised the need for national unity and so made Kiswahili (Swahili) the national language. It was decided that this was the most appropriate language to unify the country as it did not originate or belong to a particular tribe or group. These days the majority of the population have accepted and fluently use Swahili therefore many of the other 120 languages are dying out.

The choice of food in Tanzania is fantasticly varied due to its diverse climate and geography. Its tropical regions mean that there is an abundance of fruits and vegetables of every kind. The national cuisine is a real fusion of many different influences, particularly Indian, which explains some of countries favourite dishes, which include Palau, biriyani and samosas. The local food in Tanzania is usually very cheap and very filling – often a stew with rice or plantain or more often, a maize meal porridge known as ugali. 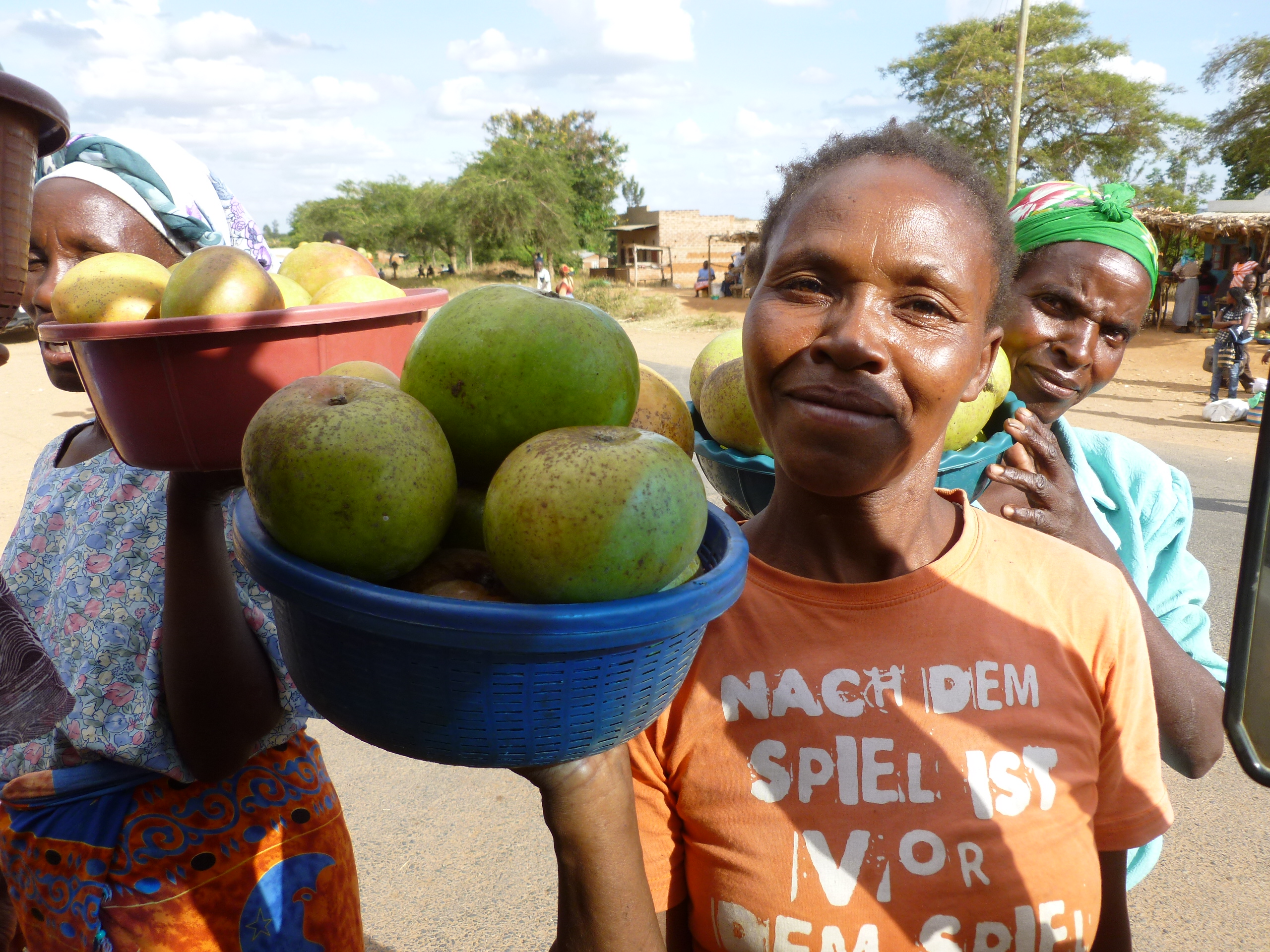 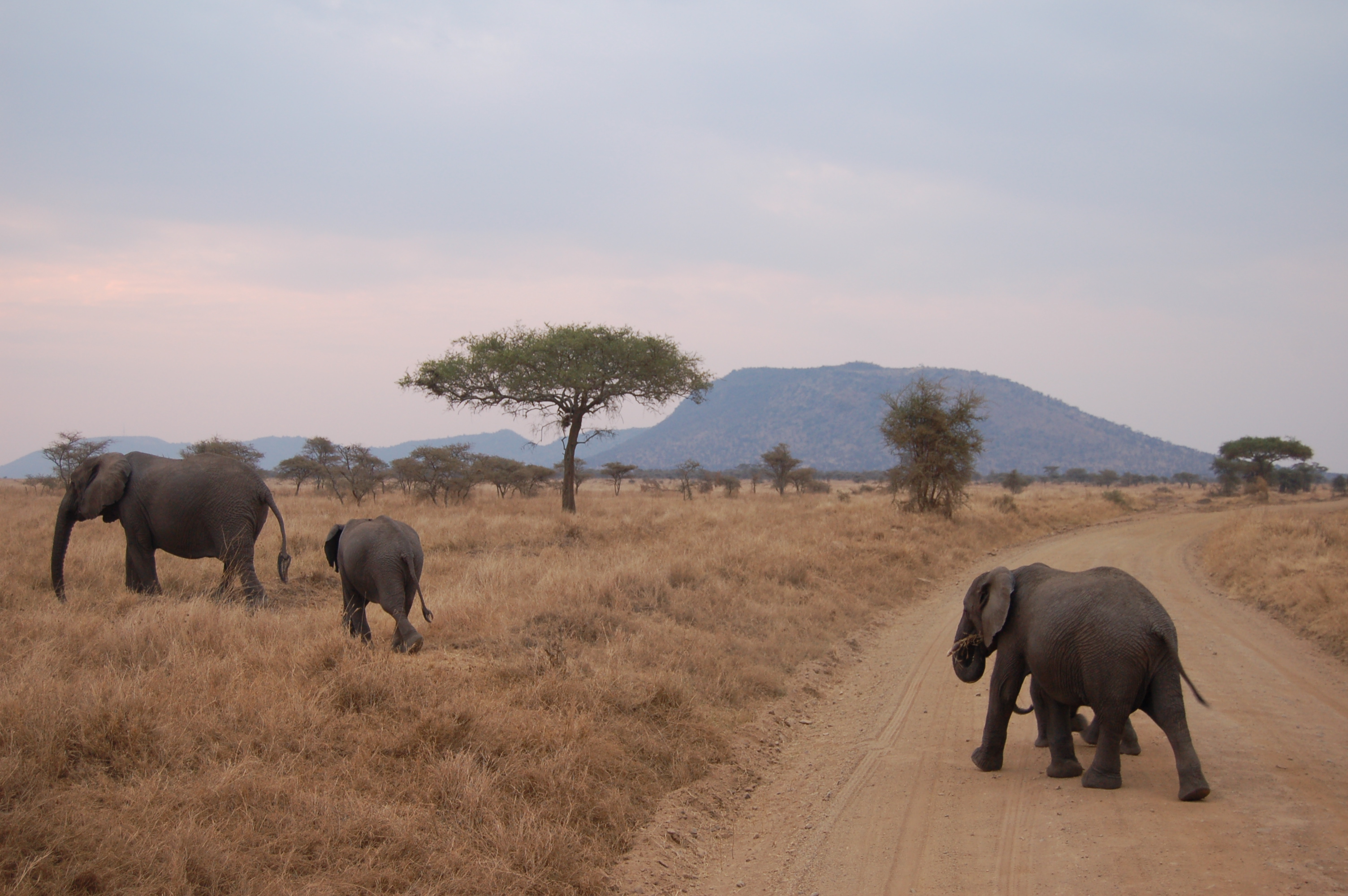 Three elephants walk across the savanna

Late March to early June and November are Tanzania’s rainy seasons. For the rest of the year the weather is equatorial and very pleasant, with often a cool breeze on the mountains. Although warm by day, and hot on the valley floor, altitude has a great effect on temperatures and it will get cooler as gain altitude. It will be cold at night on Kilimanjaro, often below freezing, and very cold as you near the summit. Climate statistics for Moshi below:

Theft is relatively common in Tanzania, particularly in the cities; being vigilant and careful with your belongings reduces the risk substantially. Use your common sense: wear a concealed moneybelt containing your passport, flight ticket and cash, and do not flash items like your watch and camera. Leave your valuables behind; you don’t need your best jewellery and gadgets on this trip. Store your main cash separately and keep a few notes in your pocket, so you don’t have to get your wallet out when you just want to buy something small. That also means that if you are unfortunate enough to be mugged, you have something handy to pass over quickly. Be careful at night and avoid walking or getting into taxis alone. Crowded areas such as bus stations and markets attract pick-pockets and bag-slashers, so be vigilant.

Take a look at our top picks!

If you want to read more, check out these links! 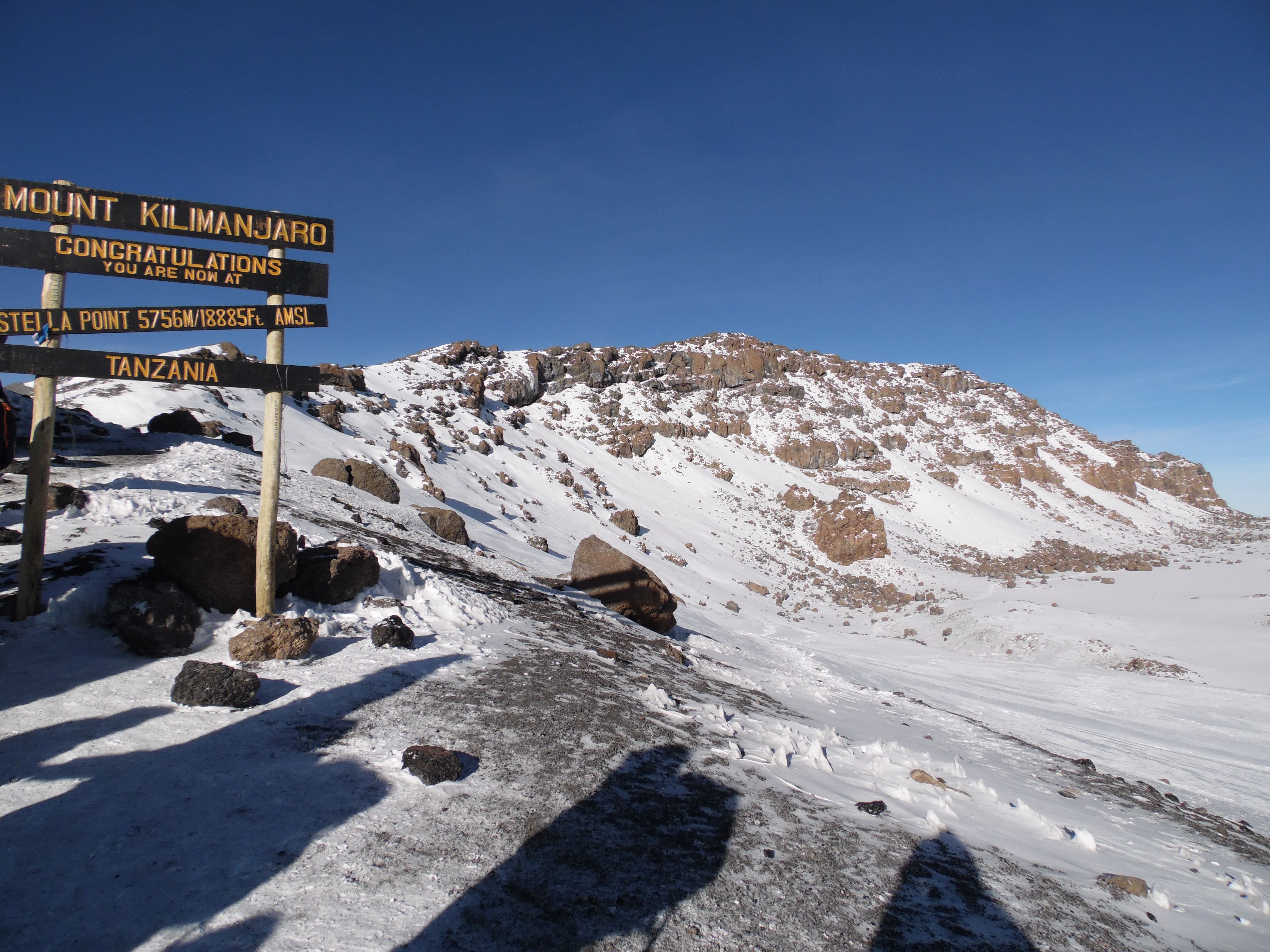 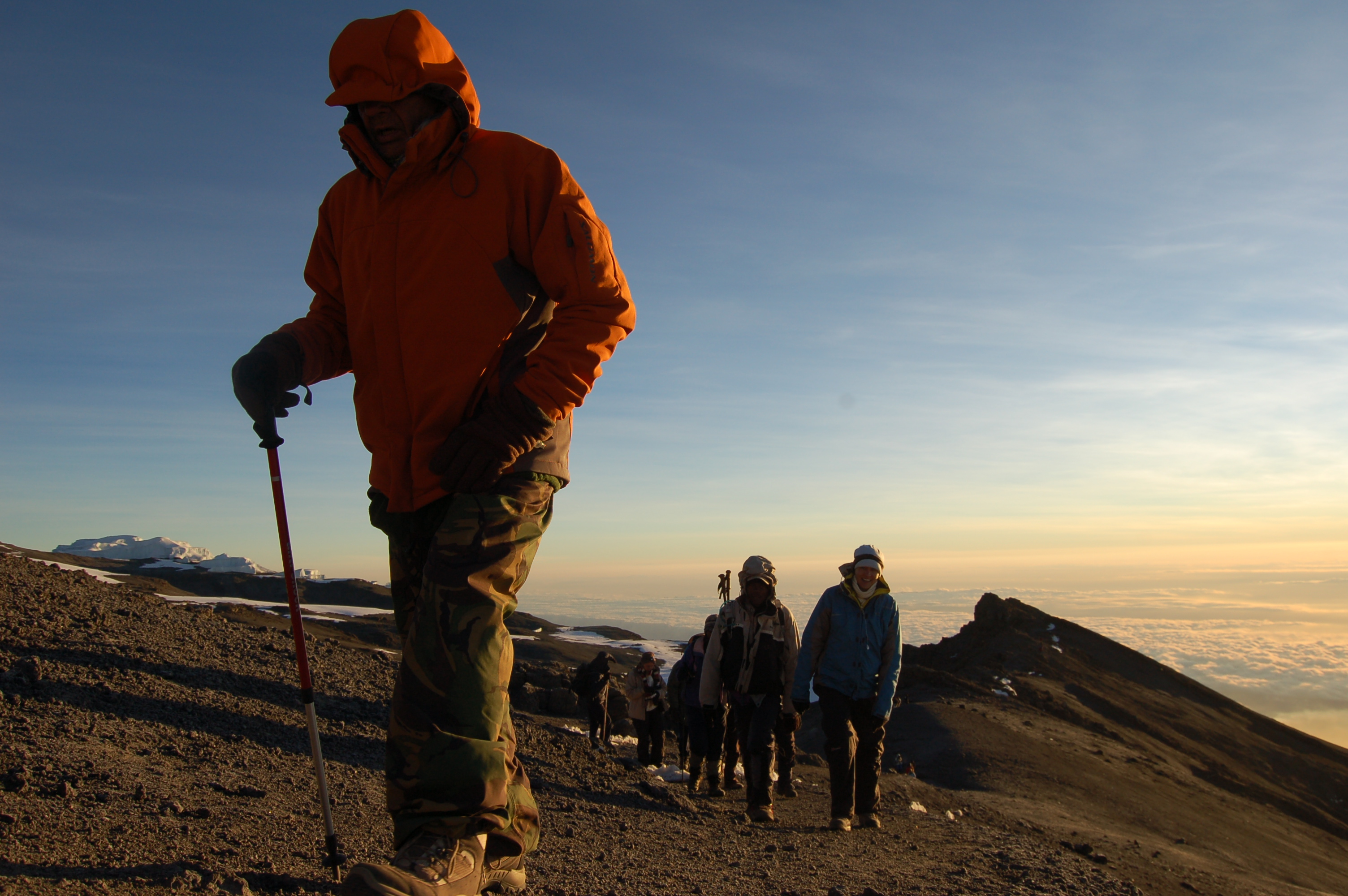 If you want to experience the wonder of Tanzania for yourself, check out our related challenges taking place in this amazing country!

Do you want to achieve something incredible? How about acceding to the roof of Africa? At a whopping 5896 meters, Mt. Kilimanjaro is the largest highest freestanding mountain in the world, and the highest on the African Continent. This is a challenge that will push you physically and mentally to your limits. However, the sensational views are sure to spur you on! From huge glaciers, thick rains forests and of course the snow-capped summit, the views are sue to leave you speechless.

Discover Adventure funds a place each year for a budding mountain guide, in Tanzania, to receive a recognised qualification in Tour Guiding and Wildlife Management from the Udzungwa Mountain College Trust.  This education centre is supported by local tour companies, and actively promotoes eco-tourism and conservation. With your help though, we'd like to provide training for many more young guides to gain this qualification each year! A Tour Guiding and Wildlife Management qualification enables budding guides to gain good, regular employment and help them contribute actively to sustainable tourism within their country.

Read more about what we do and why we do it! 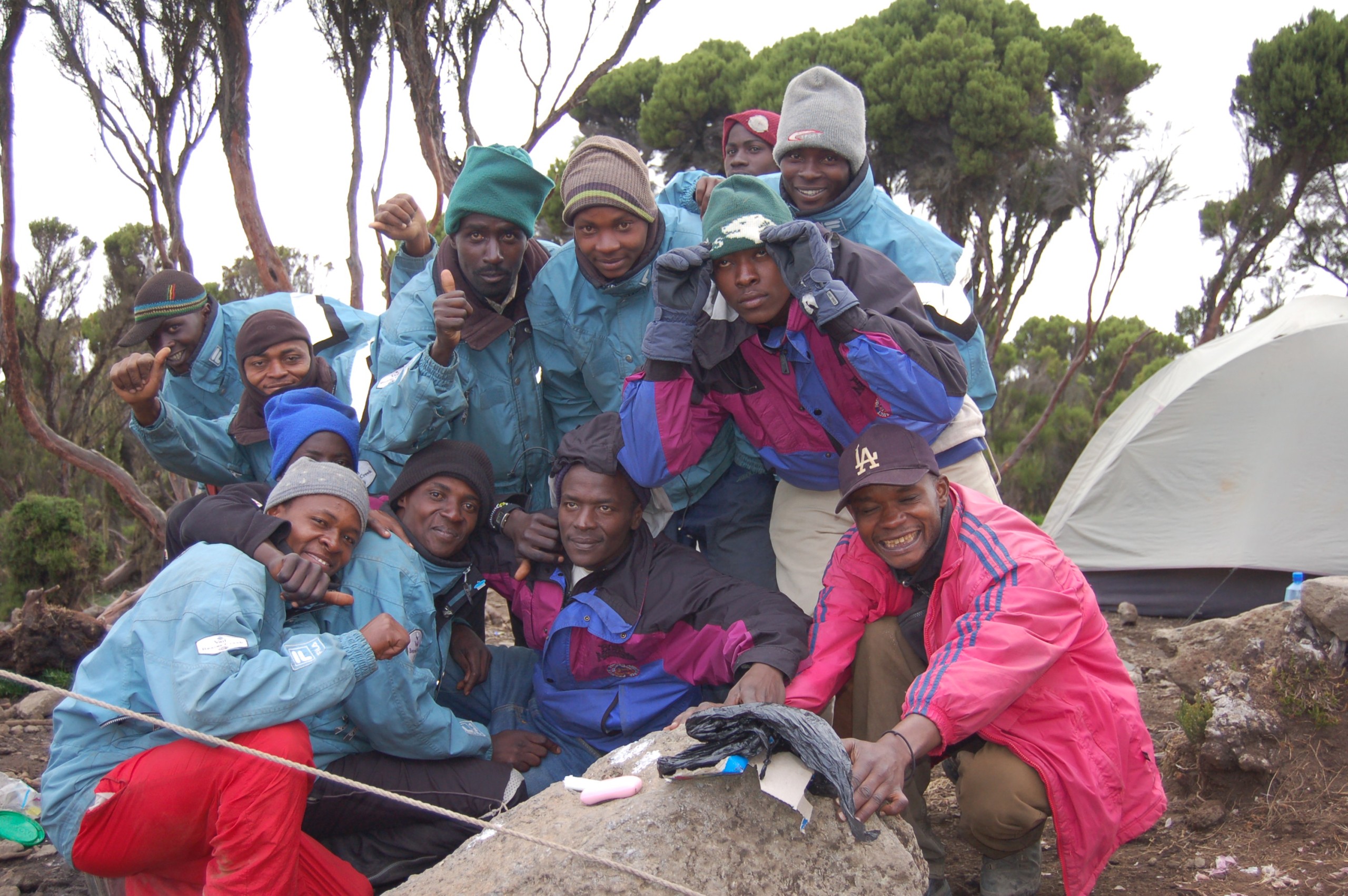 Porters and guides crowd round for a group photo